DREAMS & DISTINCTION: A DEFENSE OF THE SUBURBS 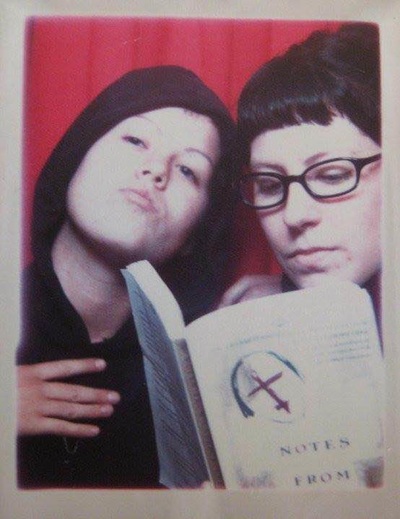 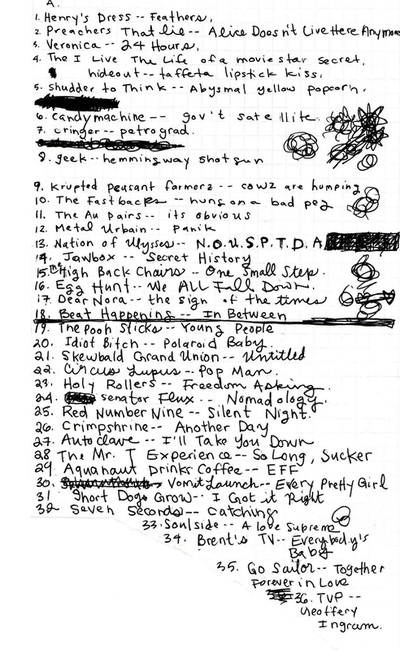 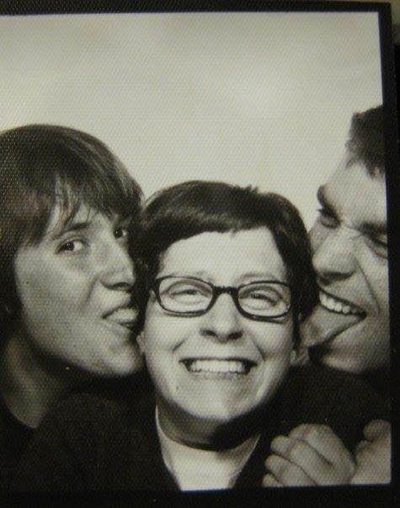 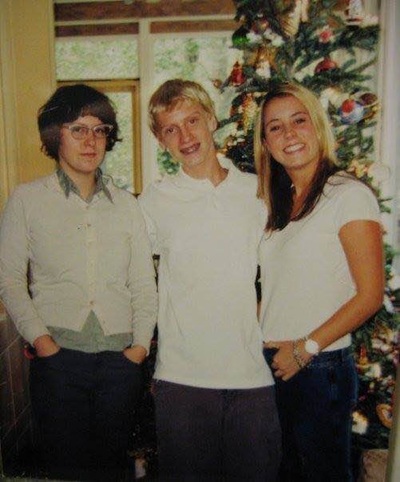 Moving out of San Jose is a rite of passage for young punks and teen pseudo-intellectuals.  A Preachers That Lie single from 1993 has a song on it about Alice, a girl who grew up in San Jose and made her way to Seattle.  Once free from the suburbs, she can sit around a coffee shop in the big city smoking cigarettes alone.  In my early teens, listening to the single while stifling in my suburban bedroom, the lyric burned into my mind.  "She had to get away, Far away from San Jose."  The noisy record helped me block out the sounds of my toxic family down the hall.  I needed to get myself out of high school and into the Pacific Northwest so I could be in the middle of cool indie culture, so I could train myself to drink strong coffee, so I could sneer at people carrying umbrellas from under my furry parka hood.  And sure enough, just two days after graduation I was on a Greyhound bus with all of my possessions headed to Portland, Oregon.

Suburbs are widely maligned in post-1960s popular culture.  There are examples in film (Over The Edge, American Beauty, Suburbia, Pleasantville, Welcome to the Dollhouse, Stepford Wives), literature (Couples, The Ice Storm, White Noise, Fallen Land, Music for Torching, Virgin Suicides, The Bell Jar), and music (Little Boxes, Harper Valley P.T.A., Down in Suburbia, Dead in the Suburbs, Suburban Home, the Sound of the Suburbs).  Some anomalous positive popular depictions of the suburbs are found in the television show The Wonder Years, in the films of John Hughes, and songs by the Kinks and the Small Faces.

But other than a few glaring exceptions, Suburbs are portrayed as racially and socioeconomically homogeneous, boring, intolerant, bland, architecturally uniform, filled with chain stores and strip malls, and inhabited by petty, gossipy people obsessed with lawn care and numbed by television.  Suburbs are seen as uninspiring, as a cultural void.  Yet despite overwhelmingly negative representations of suburban life in popular media, over half of Americans live in suburbs, defined as places in a census metropolitan area outside its primary city.

Suburbs developed in the late 19th century as a solution to urban social and public health problems (whether real or imagined), and suburbs remain a relevant residential choice today for the majority of Americans.  Suburbs were the vision of utopian dreamers like Ebenezer Howard and his Garden Cities in England or Moisei Ginzburg and Mikhail Okhitovich, the Soviet Disurbanists, who saw life in the city as promoting capitalist individualism.  In North America, suburbs were the reward for sacrifices during the Second World War, a symbol to the residents of their newfound prosperity after several decades of hardship.
​
The population of San Jose doubled between 1950 and 1960, and then again between 1960 and 1970.  Enticed by plentiful jobs, air conditioned malls, and over 300 days of sunshine a year, in 1952 young couples could buy a two bedroom Eichler Home in Rose Glen for as little as $14,800, the equivalent of $132,372 in current dollars.  The price included both an electric range and a garbage disposal.  As of the 1950 Census, only 11.4% of San Jose’s workers were employed in professional and technical occupations, while 50% of workers were employed in blue collar and farm occupations—jobs like service workers, house cleaners, laborers, and craftsmen.  The median family income was $3,709, or $36,937 in current dollars.  The economy of the region was beginning to shift away from the agricultural production and packaging that spawned its development, and towards a base defined by high tech manufacturing and professional services.  San Jose represented the American Dream for so many families, distinguishing themselves from their forbearers with their new, modern lifestyles.

I think back to my grandparents, escaping the crowding and filth and disease of the city to move to their own split-level ranch home in a cozy working class ethnic enclave in 1956.  The modern suburban home and its space allowed for new levels of cleanliness and health not possible in the sooty urban core.  They negotiated a discount because the property directly abutted industrial rail tracks, otherwise the purchase would have been out of reach.  My grandparents loved the home and their suburb, and it was a huge source of pride for their entire lives.  Until the moment we had to move her into an apartment in 2014, no holes had been put into any wall and my grandmother still meticulously maintained both her lawn and the original kitchen range that came with the house.

So most Americans still live in suburbs.  Suburbs were developed in the first place for arguably sensible, if occasionally misguided reasons.  In some cases, suburbs were part of a larger utopian dream.  Then why do these post-1960 negative stereotypes persist in the popular imagination?

While suburbs were designed as a solution to perceived problems, their sprawling growth and the patterns of consumption associated with suburbs generated problems of their own.  The perfect green lawns require large amounts of water to maintain, particularly in an area that receives little rain.  Organizing households into single family dwelling units allows for more privacy, but supporting this social arrangement requires large amounts of energy and environmental resources, to say nothing of the high financial cost or expenditures of women’s time and efforts in care work and household labor.  The shopping and transportation habits that bundle together in complex ways to produce suburban living come at the high cost of increased dependence on cars.  Ratcheting levels of consumption and increasing expectations for what a decent standard of living looks like are simply not compatible with the reduction in carbon levels necessary to thwart global warming.

But none of these social and environmental criticisms can help us understand why suburbs are seen as a cultural wasteland.  The expansion of the suburbs in the 20th century drove a corresponding decades-long disinvestment in urban areas.  The city became exotic to suburbanites as fewer and fewer people had grown up in them, or even had parents who grew up in them.  Demeaning the suburbs became a way to distinguish oneself as a member of the cultural elite, a way of distancing oneself from mass culture, mass production.  While suburbs were racially and economically homogenous in the 1970s and 1980s, this was certainly not an inherent feature of suburban life.  Ironically, disparaging the suburbs has become a snobbish way to fit in.

I mostly grew up in an affluent suburb about a 20 minute drive from San Jose.  And I hated it.   Before I had a car, I felt isolated.  I had few friends in my own town, no one who shared my  interests and my political concerns.  Since childhood I felt like I stood out like a sore thumb, both within my own family and in the small suburb where I lived.   I couldn’t appreciate the beautiful oak forest surrounding my house, across the street from a quiet cemetery and convent in the foothills of the Santa Cruz Mountains.  I didn't grasp how special it was that I was able to get that out of print Preachers That Lie single because a member of the Krupted Peasant Farmerz happened to work in my small town's library, and he met me at the circulation desk to exchange the record for some babysitting money.  And at the time I was living there, I didn't realize that I'd cultivated life-long friendships with other young South Bay weirdos who felt similarly alienated by their surroundings.  All I could do was fantasize about how much better things  would be if I could just move to a large urban area.

The late Maximum Rocknroll founder Tim Yohannan may have been complaining about gentrification in the Mission in the early 90s, but a few years later, when my friends and I were going to San Francisco with some regularity, the city seemed like the perfect antidote to our dissatisfaction with the boring South Bay suburbs.  I remember committed suburbanite Mike Park taking me and a friend for burritos and horchata at El Farolito late at night after seeing Ben Lee play a solo set.  I’d had the same meal many times at La Victoria and Taco Bravo, but this felt different and cobecause it was in San Francisco.

Clearly I wasn’t the only one who thought San Francisco was different and cool, because now it’s the most expensive city in the country.  Remember when we thought all the spock rockers smoking outside Beauty Bar was bad?  It would have been impossible for Tim Yo to anticipate the busses transporting tech industry millionaires from the Mission to the peninsula, the artisanal baby toy stores, the skyrocketing rents and evictions, but he saw the writing on the wall.

The popular characterization of suburbs as cultural wastelands has very real social and economic impacts.  The effect of this snobbery is increasingly expensive and crowded and unaffordable cities, and pushing low income people further and further out into the exurban periphery.  Census data tells us that the suburbs are getting poorer and more ethnically diverse.  The same pattern of disinvestment that occurred in urban areas in the 1970s and 1980s is now apparent in the suburbs.  Is this a signal of a possible reversal that will cause suburbs to become cool again at some point in the future?

Last March, I bought a tiny 1950s ranch house in Portland.  It’s within city limits, but the setting is downright suburban—a little residential street with other tiny houses just a couple blocks away from a major freeway, far outside the central city.  Right across from the freeway is a strip mall named after the freeway.  Most of the storefronts are empty, but the Target and Bed Bath and Beyond are still going strong.  It is calm and quiet and rapidly gentrifying—the convenience store on the corner sells meth bags and razor blades for cutting dope, but will also fill growlers with the fancy microbrew of your choosing.  I drive my Subaru to my desk job in an office building that’s connected to a different dying mall via a sky-bridge, and I return every evening to my peaceful little sliver of suburban paradise.