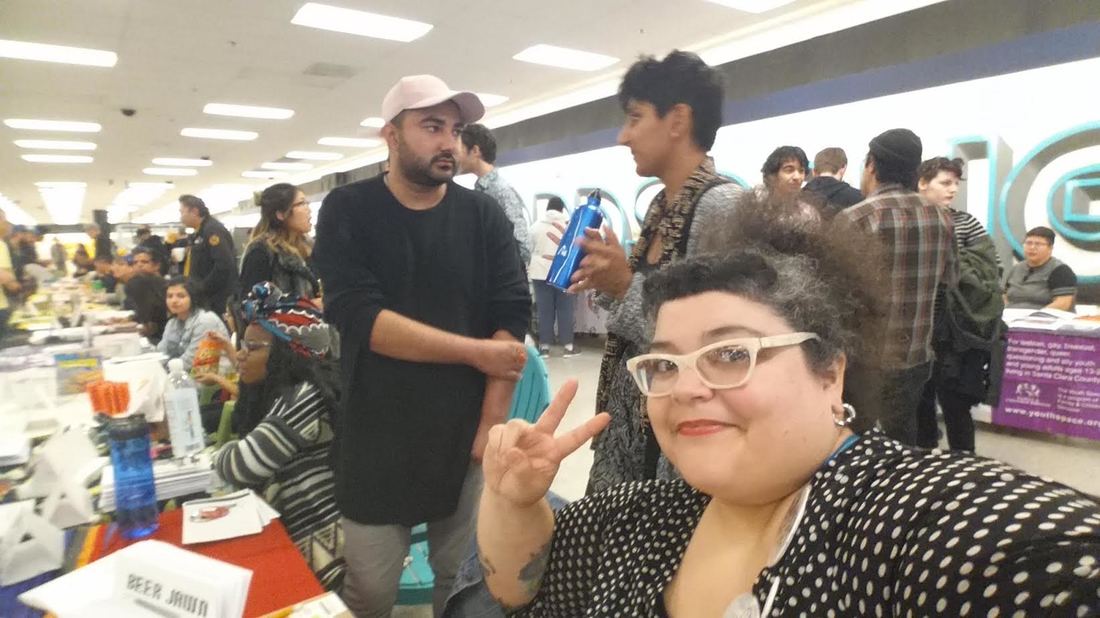 ​Tell us a bit about you.

My name is Poliana Irizarry, and I’m Boricua, born in Ponce, PR. We moved around a lot when I was a kid, and I somehow ended up in Philadelphia for college, then grad school. I felt sorely stuck in Philly postgrad and trapped in a dead-end job. Constantly homesick for several hometowns at once, I never really felt like I found “my people” in that town.

I moved to San Jose in January 2014 in order to be closer to my family—my dad and his wife Sally live in Redwood City. So far in San Jose, I’ve helped with the social media and zines portion of Think and Die Thinking fest 2015. I’ve helped with some DIY punk shows and zine readings with Kitty Castle collective and Musiciens de la Terre, and the San Jose ZineCon 2017.

I’m on the planning committee for the 2017 Bay Area Queer Zine Fest, part of the South Bay chapter of the Degenderettes, and I am ½ of the South Bay DIY Zine Collective with Sherrise Gutierrez. In addition to organizing zine-making workshops with #sbDIYzc, we inherited the portable zine library from Think and Die Thinking collective. The zines now have a permanent home at the San Jose LGBTQ Youth Space, and the sbDIYzc portable library makes appearances at art fests, punk shows, coffeeshops, college student groups, and even a school library materials fair. Check us out at http://facebook.com/sbDIYzc & http://instagram.com/sbDIYzc

I’ve been making zines for over a decade under the moniker bibliophiliac zines. You can buy my work at http://bibliophiliac.bigcartel.com – but I am much more interested in trading my zines for yours. 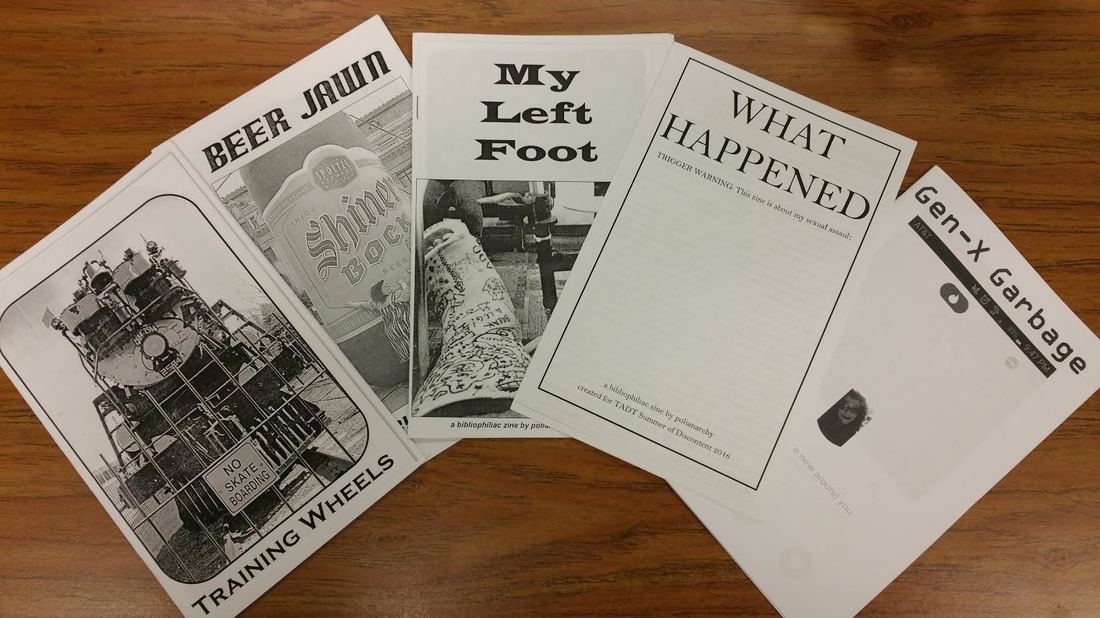 ​What makes San Jose a unique place to organize?

San Jose is great. One of the first things I did after moving here was search Tumblr for local zine fests and punk shows, and that’s how I learned about Think and Die Thinking. Unfortunately for me, I landed in town two days after the 2014 TADT fest. I sent messages via Tumblr “Ask” and email, saying something about how I’d just moved to San Jose, I loved punk shows & zines, and offering to help. I received no response. In retrospect, they probably thought I was a cop. So I followed their social media, thinking I’d make it out to a show or something and introduce myself that way.

A Philly zinester was on a cross-country tour with her band, and she invited me to their San Jose show, where she introduced me to most of the TADT collective. I hadn’t been to a house show in years, and this was my first DIY punk show since moving to SJ. The first thing I noticed was how I wasn’t the only Brown person there. What a stark contrast to Philly. What a relief. Everyone was so nice, giving me names of the good coffee shops, bars, and record stores. My first San Jose house show turned out to be the last show held at that house.

San Jose is unique in that while relatively small-feeling, it’s actually a huge sprawling metropolis. We’re the third largest city in California, after LA and San Diego. So while it can sometimes feel like you already know every punk in town, I am always meeting new people. And what people! I love talking to strangers, and it’s especially rewarding here. People care deeply about their hometown here, so if you’re trying to get something started for the benefit of a community—especially people who exist on the margins of the mainstream—you will find so much support here. People show up in SJ. They show up, and they bring their family & friends, and they all come ready to do the work. I am sometimes limited in my ability to physically get things done, such as carrying the portable library stands, or setting up tables, but I have never gone without assistance when I needed it. In fact, attendees at events will often ask how they can help me! 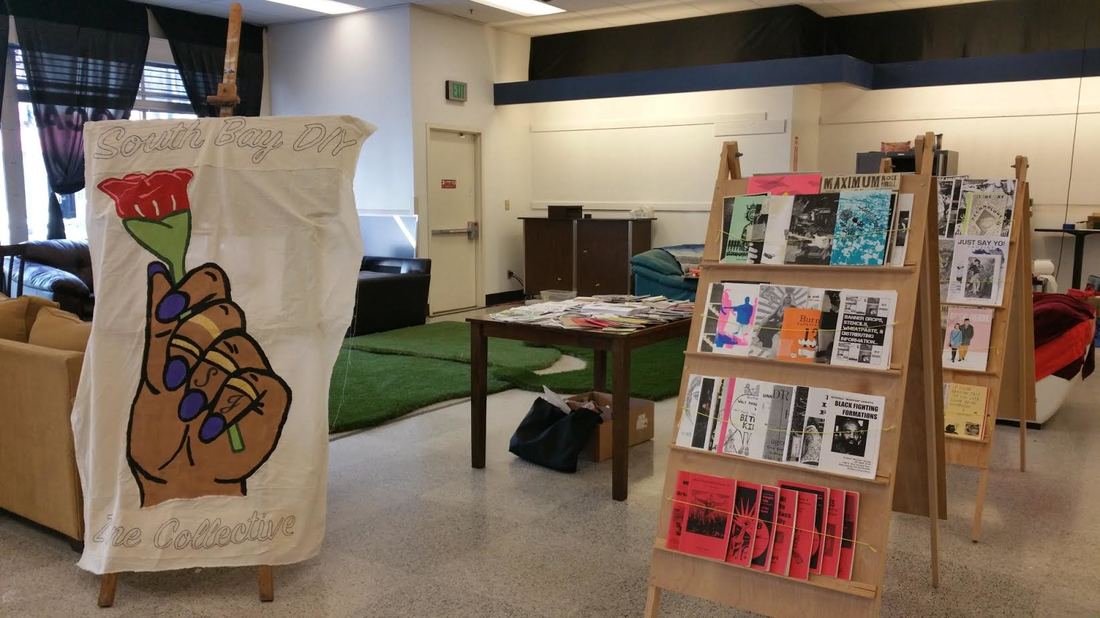 What advice would you give to someone planning their first event or project in San Jose?

Don’t go it alone. Your first step should be rallying a committee. Not only do many hands make light work, but how else will you be able to make your event truly great? If people aren’t interested in helping out, they won’t be interested in attending.

So much of organizing is learning by doing. What is something you know now that you didn't know starting out?

Document everything. E V E R Y T H I N G. I have zero pictures of the packed room overflowing with zinesters at SJ ZineCon. I was so swept up in the moment, I didn’t think to snap any shots. Thankfully, some of the other organizers captured this incredible moment. Also, it’s good to have the receipts just in case the management of the venue suddenly demands a cut of your door while you’re trying to clean up at the end of the day.

Is San Jose a "creative wasteland"?

San Jose will only appear to be a creative wasteland to people who lack creativity themselves.

What is one place in San Jose that inspires your creativity and why?

Wow, how can I pick just one? Hmm. There’s the converted live/work warehouse(s), the multiple community centers, the communal homes who host punk shows, the coffeeshop(s) where my friends work, the bar(s) where some other friends work, the library where I work, Space B, SV De-bug, the municipal rose garden, the flea market, the drive-in movie theatre, and all the little nooks & crannies in downtown where you can sit & think.
​ 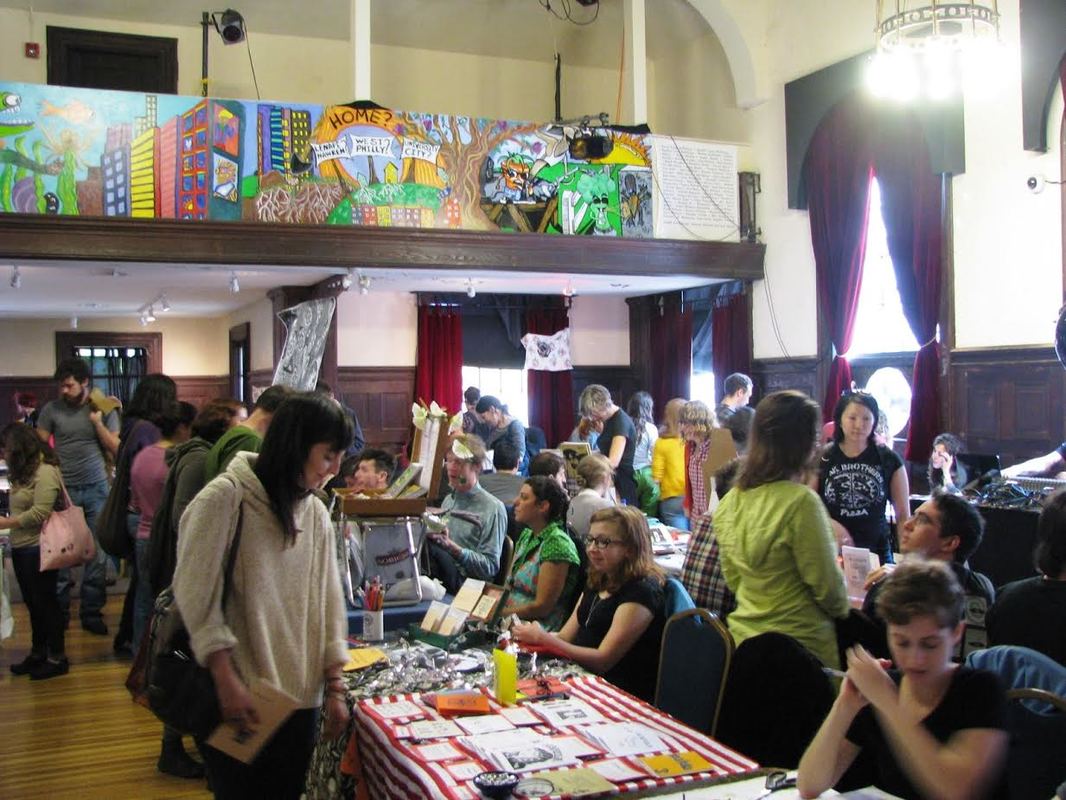