My pieces are 6 pages of comics that I wrote and drew based on my real journal entries. The comics document my trauma process after being sexually assaulted by a close friend when I was intoxicated. I illustrated my flashbacks, my coping mechanisms, and my always-changing capacity to trust while traumatized. I write about struggling to believe myself, and the need that I felt to hold on to physical evidence as I grappled with both the decision to press charges and also trusting that what had happened to me was real. On an adjacent wall I gathered (real) evidence, nailing them to the wall. Included in the installation were my journals (the only written documentation of the event that exists) nailed open by the spines, framing the actual blanket on which I was r*ped, hung in the middle. The process of putting this together was painful for me. For the work to make the impact I sought, I had to literally illustrate scenes from my memory that I still wish I could erase.  I had to touch evidence that, in most cases, I hadn't touched since the days after my assault. The process of unearthing what I had most repressed was harrowing, but the act of taking hammer and nail to my objects and journals was a cathartic one. I felt extremely exposed and vulnerable, and had to repeatedly remind myself that I had nothing to be ashamed of. But when the show went up, I received emails and in-person accounts of different experiences that sounded much like mine.

1 in 6 female-assigned-at-birth folks are sexually assaulted within their lifetime.

If the act of amplifying my narrative and literally writing it onto a public wall made even a handful of other survivors feel a little less alone, I feel that the work did what I intended. 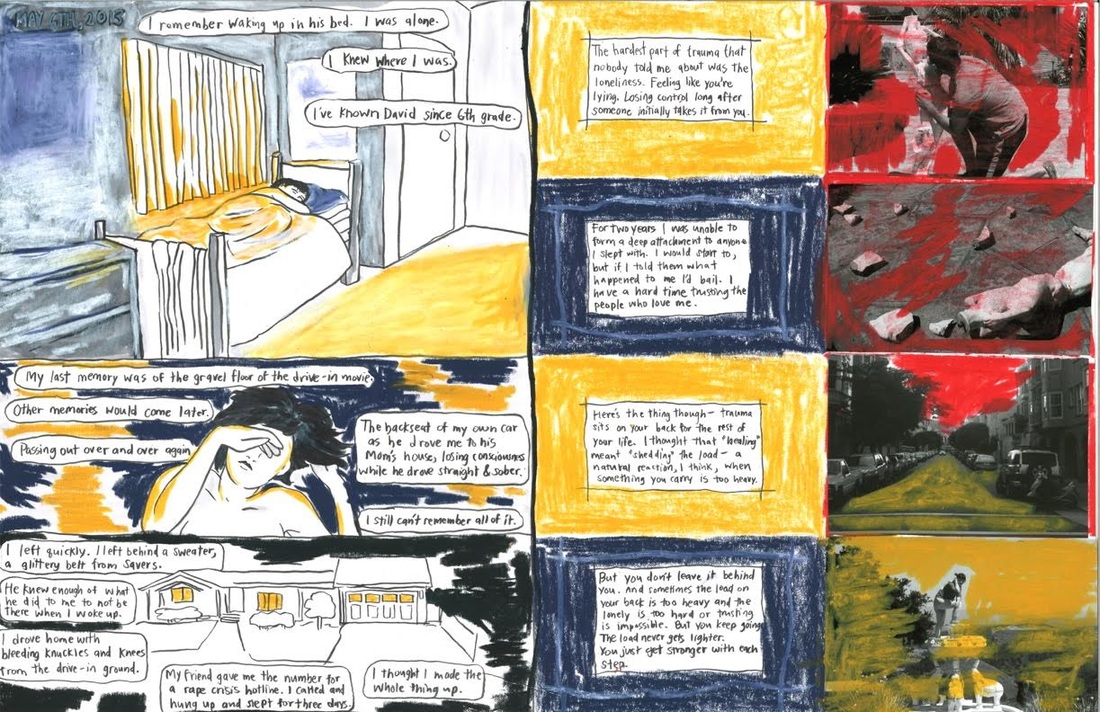 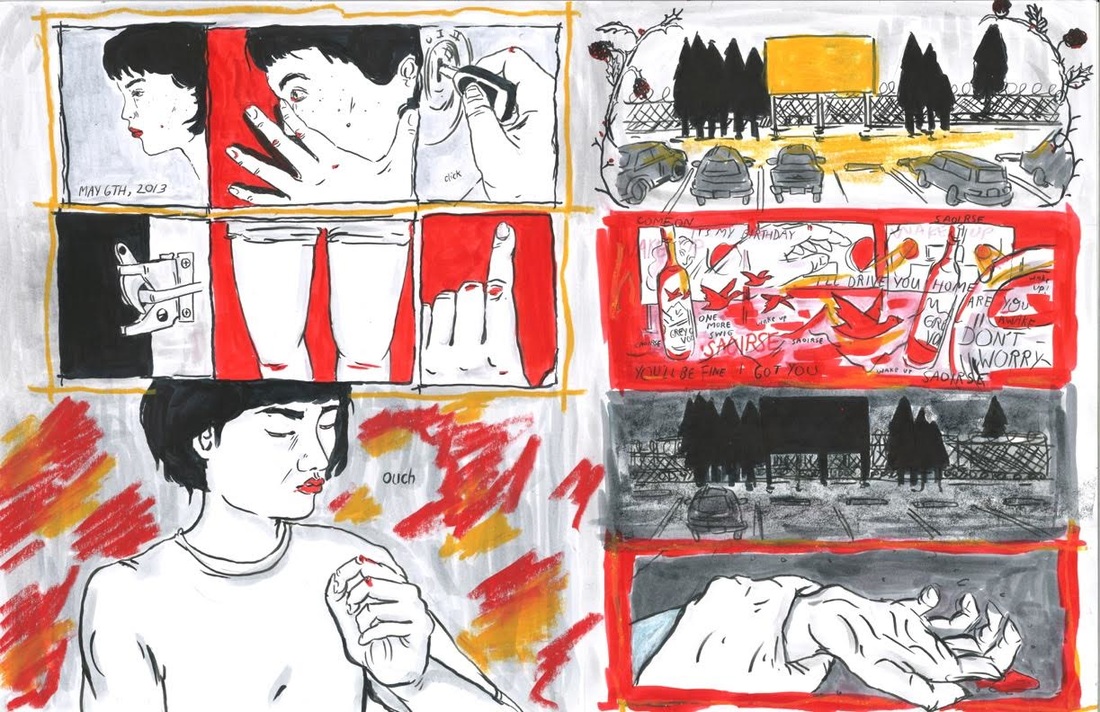